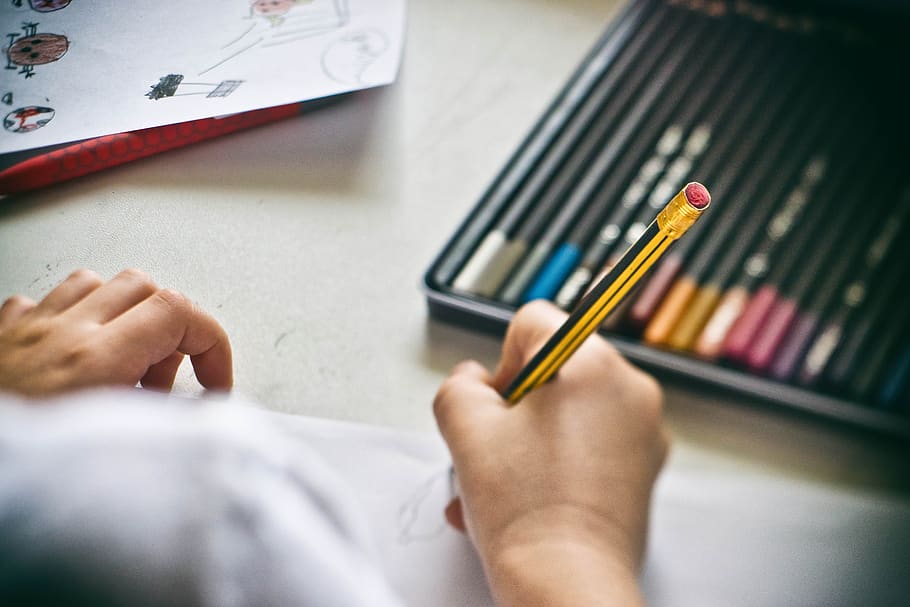 Cultivating Connection and Trust in Counselling, with Deb Banks

Deb Banks’ knows that trust can (and should be) hard-won, ‘I will tell kids in their first session, “I’m just going to ask you a few general questions, give me the information that you feel comfortable with, but I’m not going to tell you to trust me today because you’d be insane to trust me ’cause we just met.’ She continues, “But if by the end there’s a smidgen of hope that you think that at some point in the future you think that this woman is OK to trust, come back. And if you think you won’t be able to trust me, I’ll find you somebody else because the most important thing is you find someone that you think you could eventually trust”’.

Banks first learned the importance of trust during her more than twenty years as a high school teacher in Australia and the UK. With a passion for pastoral care, Banks spent most of her career in education creating connection with kids outside of the classroom. ‘I would always take kids on school trips because that’s the way you get to know them.’

Fast-forward to now and Banks is coming up on five years at STARTTS Fairfield, where she completed her placement in 2017 while undertaking a master’s degree in clinical counselling at the Australian Catholic University. She began working as a child and adolescent counsellor shortly after, noting ‘it was just a natural progression’. While her philosophy in supporting students remains largely unchanged since leaving teaching, Banks has had to adopt new methods to build trust and connection, which in her opinion is the fundamental ingredient to being a positive influence on the life of a young person. ‘With teenagers and children, it all comes down to connection’ continuing, ‘it doesn’t matter what subject your favourite teacher at school taught, what you remember is the relationship you had with them and how they helped you figure something out about yourself’.

In her career as a counsellor at STARTTS Banks has had to develop new methods to build trust and connection with young people, ‘it’s about using other skills that you have amassed over the time’. While she jokes that she’ll often start by dancing and singing to break the ice, she has found that avoiding direct eye contact when communicating with young people to be an effective way to get them to open up. ‘I often say to parents, don’t sit down at the kitchen table directly across from your teenager and talk to them because it feels like an interrogation; the direct eye contact makes the whole thing too intimidating.’ She elaborates, ‘when I meet a young person the first thing I do is I have big sheets of paper and I always say, “Is it OK if I just draw on the paper?”’ Banks will place the paper on the table between herself and the client and draw a stick figure that represents her client, ‘I say, “ So this is you and we’re going to find out about your world” and I just draw what they say.”’ She explains, ‘I might be drawing and talking to them at the same time, but I’m not directly looking at them. It means they can see what I’m doing and join in too. It’s interactive and its visual and it removes the language barrier. That’s where we start.’

Describing her approach as ‘client led’, Banks likes to offer clients ‘some agency within what we do.’ She elaborates, ‘I will go where the kid takes me, even though occasionally I don’t know where we’re going or what’s going to happen’ explaining, ‘that makes it exciting and I think if I’m excited by it then the kid might be engaged.’  However, while she strives to leave room for some flexibility she is firm on boundaries.  She explains, ‘if I’m aiming to create a safe environment, the safeness is in the containment and so the boundaries are very clear from the outset’.

While Banks is passionate about connecting with kids she is equally keen to help kids connect with their own community. ‘With my teenage clients, it’s all the usual adolescent stuff, which initially surprised me. A lot of my job is sitting with teenage girls and they want to have a boyfriend, but they’re not allowed or they’ve got conflict with their mum.’ In these moments Banks believes empathy and understanding is the way forward, ‘I might say, “well, you’ve never been 14 before have you? What’s it like being 14?” And then I’ll remind them “Your mom’s never been the mum of a 14-year-old before. You’re both doing something for the first time. How amazing that you’ve both got to work it out.”’ In doing so Banks encourages children to understand that part of their identity is tied up in their family’s story, ‘Grandma’s not just the old person sitting in the rocking chair in the corner, smelling of mothballs that you just brought over to Australia. She used to be 14 too. I wonder what she was like at 14, what her experiences have been?’ Banks says this is often an “ah-ha!” moment for young clients, ‘Suddenly children feel like, “oh, this is who I am. I’m not just a kid in Australia. I’m part of a line of people who have a narrative and a history and that’s part of my DNA.”’  She asserts proudly, ‘in terms of therapy, it’s all about my connection with them. But if I can help them to connect with their family, their brother, their sisters, their grandmother, that’s just as important.’

Banks likens therapy without involving a child’s wider community to ‘throwing pieces of paper into the wind’ adding, ‘it’s just not going to work’. But she also knows that at times worry, stress, fractured relationships and cultural differences means that parents might be resistant or even hostile towards counsellors and teachers who want to help their child, ‘some of the families that we are meet their experience of education has been very different. It’s just about allowing the parent to see that we want to support them and we want to support their child. That it’s not a conflict situation, it’s about coming alongside’.

Banks is optimistic about the impact teachers can have on the lives of young people with refugee experiences because she’s witnessed it firsthand. ‘When kids are in a nurturing environment and a good school that cares for them they will heal.’ In fact, she sees it every day when students come into her office and complain about the same issues facing most kids and adolescents who do not have trauma experiences or come from a refugee background, ‘it shows that the normal passage of adolescence goes on regardless or irrespective of where the young people are from or what they’ve been through. They will heal and very few of them need massive amounts of intervention.’ While Banks does encourage teachers to avoid ‘grandiose thought patterns that we’re going to save children’ and to maintain a ‘rational idea of what we do and when we do it, and how achievable those things are’ she also believes that ‘for those of us who are working with children if we can just make slight adjustments now, there will be magnificent adjustments in the future.’

Banks firmly believes that teachers are more qualified to help a young person with a refugee experience than they may initially think, ‘teachers who have been working in the classroom for five, ten, twenty years will have come across children who are traumatised but in just in different ways. So do they need any special training? No. Can they go with their skills? Absolutely.’  As an ex-teacher, Banks encourages her former colleagues to ‘trust yourself, trust your judgment. Trust the fact that you are also a wounded healer’ adding, ‘We all come into this business for a reason.  If you can connect and make a child feel seen and heard, that’s half the battle won’.

‘Go for a walk. Go to the park. Find other things to do while you’re having those more difficult conversations.’

‘Boundaries protect you and the student. From the first explain your role, the limits of confidentiality and be clear. You are in charge.’

‘Use whatever tools you have at your disposal to engage the child. It won’t always be fun, but it can be.’

‘The school needs the parents and the parents need the school. Those are the two main support networks in a child’s life, so make sure you’re all working on the same team with the same goals.’

‘The client has managed without us before and they will manage without us in the future, and we’re just here for this moment in time. It’s about having a sense of perspective about what we do.’

Supporting Children and Adolescents Affected by the War in Ukraine

By Thuy Tran and Nicole…